I’m serving as a Peace Corps Volunteer in Kosovo, Europe from 2018 to 2020. Here is my attempt at keeping up a blog.

There was an error retrieving images from Instagram. An attempt will be remade in a few minutes.

The contents of this blog are mine personally and do not reflect any position of the U.S. Government or the Peace Corps. 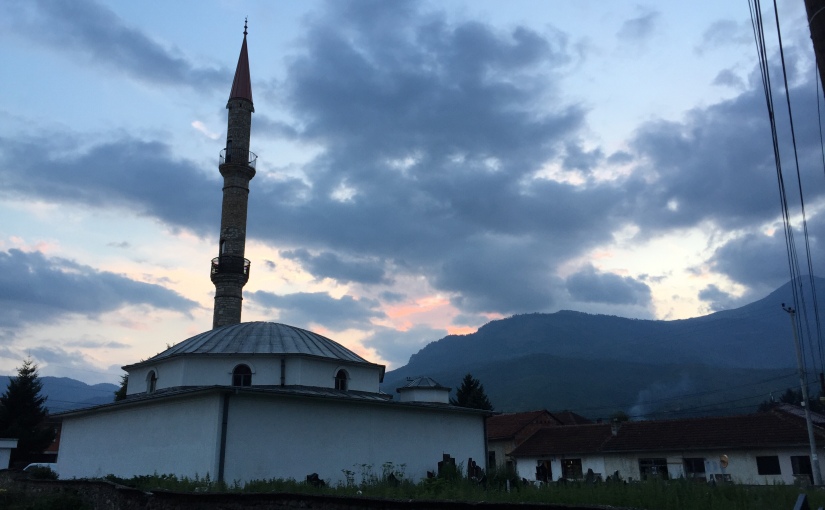 This Bajram was significantly different from my first one… for several reasons. The biggest reason, I like to think, is how much I’ve changed in my short time here, so my experience / approach / attitude was very different. The more obvious reasons it was different were because it’s not the same celebration, I’m in a different region, in a different village, and with a different family. But I like to naively focus on self-growth first and foremost on occasion.

Last Bajram, I went with my sister, brother, and parents in my PST host family to visit several different extended family members and their families in our village and a few surrounding villages. The visits were spread out, entailed a lot of different fruit juices and various sugary treats, and I thought that day was filled with a lot of socializing.

This Bajram, I was all over the place.

I had been told that I should be ready around 8 (same as last Bajram), and I was. I came out to the living room to all my siblings (remember… I have 7) wearing the new clothes they had gotten just a few days earlier, all holding new bags, and ready to start the day. We went outside, took some pictures, and walked next door.

Once we arrived next door (to a family I had visited a few times before… they might be related to us, but I honestly don’t know), I was genuinely surprised when we didn’t start taking off our shoes to go inside. Instead, the grandma of the family brought out a bowl of candy and started handing out pieces to everyone to put in their various bags/purses. Then… we left. I already had it in my head that this Bajram would require a lot of house-hopping (so I had worn the appropriate shoes this time; last time I wore shoes that were difficult to slip on and off), but I was unclear about what was going on now.

We walked back to our house, my oldest sister left and asked if I wanted to go with her or stay with the younger kids, I said I would stay (to investigate more what was going on), and my 6 other siblings and I were off.

While we were walking around the village, I noticed all of the village kids were out, dressed up, and holding purses or bags. I was easily the oldest person out participating (even my 16 year old sister was “too old” and back home), but I’m so thankful that I was able to witness this super cool/interesting/different tradition for multiple reasons:

**Bonus encounter: my siblings, cousins, and I went to a house where they were butchering a cow in the front yard. For some quick context: it’s common for families celebrating the 2nd Bajram to sacrifice either a lamb/ram or cow, alluding to Abraham’s sacrifice of his son.

So… I wasn’t “surprised” to see a dead cow (‘dead’ used in this context is a euphemism for ‘completely dismembered’), but that didn’t stop me from uncomfortably laughing as myself and my siblings/cousins (whose majority age range is 4-9) walked to the front door, past the hanging cow, wheelbarrow of organs, tarp with pieces of meat spread out, and blood everywhere.**

After several more house visits, my siblings and I went home for lunch. The rest of the day was spent entertaining family I had never met before, going to visit family I had never met before, and understanding about half of what was being said. Visits and socialization continued until around 9:30 at night. There was still a family over, but I was too tired to keep up the socializing, so I pulled a classic “natën e mirë!” and went to my room.

I went to bed exhausted but also so thankful to be able to celebrate this holiday with my new, big, loving family in my new village, both of which I already adore.

2 thoughts on “Perhajr Bajrami! Round 2”